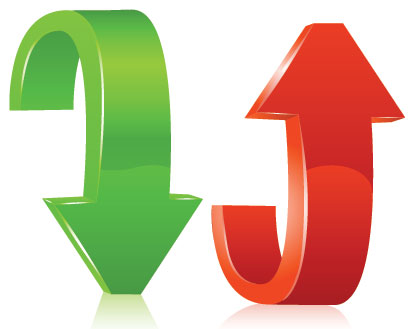 When Michael Shuken recently bought his family’s first home, a four-bedroom in Mar Vista, his adjustable-rate mortgage helped them stay on the pricey Westside.

For now, his interest-only loan costs him about 35% less per month than a 30-year fixed mortgage, he said. But he’ll have a much bigger monthly bill in 10 years, when the loan terms require him to start paying off principal at potentially high rates.

“What is going to happen if I can’t restructure my loan and extend it? Are interest rates going to be 7%, 8%?” the 43-year-old commercial real estate broker said. “The home is big enough for me to grow into. The question is, will I be able to?”

Adjustable-rate mortgages, which all but vanished during the housing bust, are again gaining popularity. Home prices and interest rates rose last year, and adjustable mortgages can help keep the monthly payment affordable — at least temporarily. Such mortgages offer a lower initial rate, but that rate can rise over time with market changes.

More homeowners in Southern California were willing to take that risk last year. In November, 11.2% of homes bought with loans carried adjustable-rate mortgages, or ARMs. That’s double the rate of the same month a year earlier, according to San Diego-based research firm DataQuick.

With interest rates expected to rise this year, the proportion of ARMs could increase further.

Last week, lenders offered, on average, a 3% interest rate for a 5/1-year ARM — which means a borrower receives that rate for five years, before the loan starts to adjust annually with the market. That’s compared with 4.48% for a 30-year fixed loan, according to mortgage giant Freddie Mac.

Mortgage brokers say borrowers who plan to move after a few years, or those with considerable, but irregular, income could be well-suited for an ARM.

“A big percentage of my clients are freelance employees in entertainment,” Ciolino said. “So they are going job to job, and they are concerned with having a higher mortgage payment.”

ARMs have been most popular in the region’s higher-priced communities, such as Newport Beach, La Jolla and Pacific Palisades.

That’s a contrast to last decade’s housing bubble, when lenders flooded working-class communities with extremely risky mortgages. One such product — known as the option ARM — allowed borrowers to pay even less than the interest owed, swelling the size of the loan as unpaid interest was added on to principal.

In the first three quarters of 2006, the 16 ZIP Codes with the most ARMs were all in relatively affordable, working-class communities in the Antelope Valley and Inland Empire, according to DataQuick. Many borrowers bet home prices would continue to rise, allowing them to easily refinance or sell before the first adjustment. Many got burned when home prices plummeted, preventing any refinancing.

It’s unclear whether such thinking has changed, but the loans have. The crash stung lenders as well, making them skittish about offering the riskiest products.

Largely gone are option ARMs and loans with very low “teaser” rates that quickly exploded into payments that borrowers couldn’t afford. Lenders during the bubble years also qualified borrowers based on teaser rates, increasing the likelihood of default.

“The ARM products that remain in the marketplace today … are really venerable, long-dated products,” the most popular of which is the 5/1-year ARM, said Keith T. Gumbinger, vice president of financial publisher HSH.com.

New federal regulations taking effect this month should further curtail some of the riskier ARMs, including interest-only products and those with balloon payments.

Adjustable-rate loans may work for some buyers, such as a family in which one parent will return to work after staying home with the kids, said Gary Kalman, an executive vice president with the Center for Responsible Lending.

“I don’t think the product, in and of itself, is inherently a bad product,” he said.

Of course, rates could adjust downward in favorable market conditions. But ARMs are still riskier than fixed-rate loans — especially when rates remain at historical lows but are expected to rise.

Shuken, the Mar Vista borrower, says he understands the risks. He plans to pay down some principal before such payments are required, he said. And he’ll start planning years before the interest rate adjusts to either restructure the loan or sell the house.

“If people aren’t thinking about that,” he said, “they need to.”