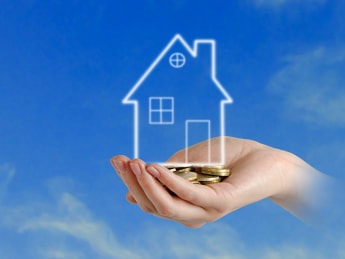 By Beth Pinsker – When the housing bubble burst, a damage-control mentality replaced decades of conventional real estate wisdom. With the housing market now rebounding, there is still uncertainty. The old rules — such as getting a fixed-rate mortgage and refinancing when you can — don’t apply. But the post-bust rules don’t work either. “There’s a new, new emerging wisdom,” says Erin Lantz, director of the Zillow Mortgage Marketplace for the Zillow.com real estate site.

Here are some of the new twists real estate experts see for 2014:

Old: Interest rates have to go up, so you better act quickly to make a purchase.

New: Interest rates are not going to zoom in any particular direction, so take your time.

“The one thing we can say with certainty is that rates will go up and down,” says Keith Gumbinger, vice president at HSH.com, a mortgage information website. When they will rise and fall, and by how much, is an open question.

Gumbinger says some people are rushing into home purchases or refinancing because they’ve panicked, applying the conventional wisdom that interest rates will climb.

But Gumbinger says before you buy, focus on the long-term value of the property to determine whether it’s worth getting into a 30-year mortgage.

Even though nearly 90 percent of recent mortgages have been 30-year fixed mortgages, people should consider shorter-term loans – if they can afford the payments – and even adjustable rates, adds Zillow’s Lantz. “The reality is that most people don’t stay in a house for 30 years, so they’re taking on more debt than they need,” he says.

New: Do the math.

“If you hear somebody saying ‘You have to refinance,’ that might not be true,” says Ilyce Glink, publisher of thinkglink.com, a real estate information site.

Glink suggests that you ask these four questions to evaluate your options: Will this lower my interest rate? Will it lower my loan payment? Will it result in a shorter loan term? Can I manage the closing costs?

You can do the math with online calculators.

If the answer is “Yes” to all four, then it’s a home run. If you meet only three, then you’re probably OK. Less than that, you need to rethink your plan, according to Glink.

Old: A house is a goldmine.

New: Rent if you’re not going to stay put.

There are dozens of calculators on the web that will help you figure out whether you should rent or buy, but that equation has still gotten many people stuck with mortgages that are larger than their houses are worth over the last few years.

For one thing, most calculators rely on the assumption that the average American stays in a home for seven years. But that may be wrong now, says Jed Kolko, chief economist of Trulia.com.

Based on the latest census data, his team calculates this average is now at eight-and-a-half years, though it varies by demographic. Because of employment conditions, Kolko advises anyone younger than 40 to consider their career stability before locking into a home purchase.

“The shaky job market for young people means they can’t count on staying put for many years,” he says.

Glink says the time frame should really be more like 10 years. If you think you’re going to stay put at least that long, then buying is a good idea, because you’ll at least break even and maybe even profit, depending on your situation.

“Could you make more in the stock market? Maybe. “But you don’t live in the backyard of your IBM stock certificate,” Glink says.

In a long-term situation, buying a house has intangible benefits of putting down roots in a community and being able to do as you wish with the property.

Old: Pre-pay your mortgage to get rid of debt sooner.

It was long a bedrock of personal finance advice that people should try to pay off their mortgages early to save thousands of dollars in interest payments — typically by adding in a 13th payment in a calendar year or doubling the principal payment. But when mortgage rates dropped, this stopped making sense for people who had debt with higher interest rates.

“There are qualifications to this that weren’t there 10 years ago,” says Glink.

You want to pay highest-rate debt first, says Glink. Weigh the mortgage interest tax deduction, if you claim it, but pay off non-deductible debt first.

If you are fortunate to have only a mortgage, along with money for extra payments, try to shorten the length of your mortgage by refinancing to less than 30 years, says Lantz.